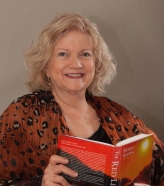 Lois J. Wetzel is a mystic and visionary thinker. She is able to communicate with the Guardians of  the Akashic Records and offers clients life-readings to help them in their present lives. Her latest book, Reincarnation: Past Lives and the Akashic Records is fascinating. At the end of the book, she added an Addendum that ties in some concepts of quantum physics to reincarnation. I asked Lois’ permission to post it here. This is for those of you who “get” it!

Reality is too complex to be trapped by a measurement, according to Dr. Deepak Chopra. In my opinion this pervasive yet foolish notion is the trouble with empiricism; the idea that the truth of what is real can be determined by a set of rules created by humans. This misconception keeps us from living in the real world. Empiricism, the currently accepted scientific method, relies almost solely upon measurement. But reality is just not that simple—as Chopra has said. Human beings are in no position to dictate what features “reality.” Reality is whatever it is. Our notion of how to determine what is real and true—that is what must change. It must change in order to embrace what reality is, not what we think it should be.

We now know due to advances in quantum physics and mechanics over the last century that our physical universe is far more complicated than was previously believed. These advances convince many that we humans are on the edge of proving that each of us has a consciousness which transcends physical form. Or perhaps we are about to discover there is a supreme consciousness which transcends and underlies all reality, and we are part of that consciousness. Once that is firmly established and understood by a critical mass of us everything will change. A piece of that change will be that it will be finally clear to even the greatest skeptics that past lives are clearly likely within the infinite field of possibilities in which we exist.

Indeed, the odds are great that the proof of most of what we refer to as psychic phenomena flows from that conclusion about transcendent consciousness.      I have long held that consciousness is all there is. Consciousness creates everything out of the infinite waves of probability floating somewhere in the unmanifest field.

I first learned about the famous “double-slit experiment” back in the 1980s–the experimenters’ conclusion was that light could behave as either a particle or a wave. Which light “decided” to be was completely dependent upon its being measured. Until it was measured or observed, it was neither a particle nor a wave, just a possibility. This decision light was making was referred to as the “observer effect.” Back then the scientific measurement was considered the important event or deciding factor.

I am relieved to report that in the ensuing thirty years more experiments have been done. It is now known that not only light, but electrons behave the same way in this experiment. Electrons are bits of matter. With further experimentation it has been found that molecules and atoms behave like waves of probability as well. This means that particles of matter do not decide when, where and how they are going to show up in the physical world until they also are observed. They do not exist as anything but a probability until a consciousness interacts with them.

Observation being so important, perhaps it needs to be defined. Observation and measurement are the same thing.  Measurement requires some kind of measuring device or tool. One very important distinction about the measuring device is that it includes the physicality of the human being doing the observing. The eyes, the retina on which images are registered, the optic nerve which carries that image to the brain, the physical and chemical components of the brain—all these are as much bits of the measuring instrument as any metal, glass, plastic or wooden objects that might be used for measuring purposes.

If the brain is simply an instrument, then who or what is doing the observing? It must be something outside or apart from the brain. Clearly, it has to be the consciousness since that is all that is left. In other words, when observation is broken down to its core component all that is left is consciousness—or awareness. In the end, all there is left to do the observing, and hence the creating of reality, is consciousness.      Studies have shown that something interesting happens when we decide to take an action like picking up a writing tool, for example. The hand moves in the direction of the tool a fraction of a second before the changes in the brain which signal that a decision has been made have occurred. Yes, the hand moves before the brain thinks about picking up the tool. Clearly the hand, and doubtless other parts of the body, can receive signals from consciousness as well or better than the brain.      The brain is therefore not where the decision is made. The brain is merely a receiver. The mind, or consciousness, is where the decision is made. Quantum physicist Nassim Haramein has said that looking for consciousness inside the brain is like looking for the announcer inside the radio.

To further support the existence of a separate consciousness it is important to note certain facts. People who have died and been revived almost always report either standing outside of or floating above their own bodies. They can recount accurately what others at the scene were doing or saying after they died. To test this, certain hospitals even place written notes atop upper cabinets in operating rooms so that someone floating on the ceiling can read these notes and report back what was written there if asked later—assuming they return to life. And yes, some people do return to life and report what was written on top of the cabinets.   Consider that the people’s brains were still inside their bodies during the time they were outside those same bodies observing themselves and their surroundings. Their consciousness was not, though. Their sense of themselves, the part that observes—the part that sees and hears–was outside the body. It therefore seems clear we are not our bodies, nor our brains. What we are is a deathless consciousness which can leave and re-enter our bodies and still be conscious of what was going on as though the body were not necessary.

It follows logically that this consciousness can enter a new body prior to the time of its birth, and leave again at death. So why could we not do that more than once? Why should we assume that this awareness of ourselves cannot or would not enter a new body several times over a long span of time if the conditions were agreeable? Why would we settle for only one lifetime? There is a mounting body of evidence supporting the belief that most of the people on the planet have held for countless thousands of generations. We reincarnate.

Find Reincarnation: Past Lives and the Akashic Record at Amazon