A Course in Miracles, Lesson 31

As we head into 2019, you may be feeling mentally battered and bruised by the barrage of social media news bites competing for your mind and emotions. Never has the battle for mind control been more obvious as it now displayed across the internet.

If you would like to take control of your own mind, find a place of peace and discernment, I suggest becoming a student of A Course in Miracles. I’ve written about the Course in previous messages. (A Course in Miracles: What Is It?   A Course in Miracles–The Voice Speaks). Briefly, ACIM is a book channelled over the course of seven years in the 1970’s through a university professor. The otherworldly author claims to be the personality known as Jesus. It has quietly grown in popularity, now available in multiple languages.  You may have tried to make your way through. It can be daunting. Now there is a new, fresh, and free approach to understanding and absorbing the principles of ACIM.

Trance channel Tina Louise Spaulding began uploading daily lessons from ACIM on January 1, 2019, with commentary by Jesus. Tina has been channeling Jesus and other entities for several years. I read and reviewed her book Jesus: My Autobiography. While it may seem audacious to “speak for Jesus,” historically there have been millions of people claiming Jesus has spoken to them. The question isn’t so much about the source of the messenger, but the value of the message. That is something everyone who takes the time to read her book or listen to her messages must judge for themselves.

Tina felt instructed by Jesus to read one lesson a day beginning January 1, then open her mind to his commentary. She has followed through with the assignment. Each video is short, generally less than ten minutes. There are 365 lessons in the course, so at the end of one year, the student will have gone through an entire cycle. It must be noted that ACIM is much more than simply the lessons. It is also a long text book, so it is advisable to purchase a copy of the A Course in Miracles and read some of the material that lead up to the lessons.

For myself, I’ve welcomed the opportunity to begin my day with a lesson from ACIM. In this turbulent political era where I’ve distanced myself from people I considered friends and felt sometimes spiritually paralyzed by revelations of atrocities in the world, I’ve reached out to these messages like a drowning person grabbing a floating device.

A Course in Miracles shines light on the power of our minds and how we create our own realities. It releases us from fear, attack mentality, and unforgiveness. Marianne Williamson summed it up in her classic title about ACIM, A Return to Love.

Tina Louise Spaulding uploads all the videos at YouTube on her station, Channeling Jesus and Ananda. Take a look for yourself, you may find that “peace that goes beyond understanding,” as another book about Jesus puts it. 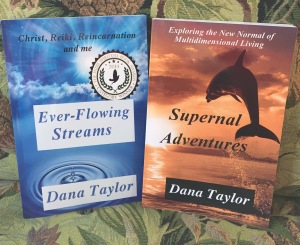 One comment on “Clear Your Mind with A Course In Miracles”