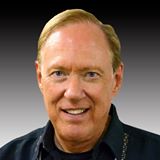 My Kryon education continues. Since I moved to Hawaii in February, I’ve had a lot of me time. As synchronicity would have it, I discovered the wealth of Kryon free audios at Kryon.com. Kryon is a nonphysical  angelic teacher who has been channeling through Lee Carroll for over twenty-five years. As I’ve walked the Manoa Valley streets or sat on my lanai gazing at the rainforest hills, Kryon has been my otherworldly companion, thanks to the magic of iPhones.

Grasping the messages of cosmic creation, physics, human development, spirituality and beyond is fascinating and challenging. Over the years, Carroll has written 13 books compiling the messages into cohesive order to help us mere humans make sense out of it all. Now, with Carroll’s blessing and Kryon’s collaboration, Australian author Monika Muranyi has researched the Kryon messages and woven two books together, The Gaia Effect and The Human Akash.

The Gaia Effect: The Remarkable System of Collaboration between Gaia and Humanity 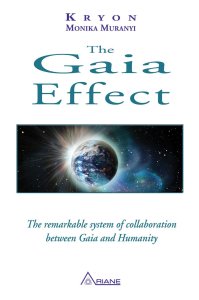 This book is making me look at earth and nature in a whole new light. Gaia is the term for a spiritual intelligence of the planet earth. Kryon paints a picture of the earth as part of the cosmos, connected by other galactic intelligence. Our sense of history is minuscule compared to the viewpoint of an ageless nonphysical being. He speaks of a sacred design of the earth and its human inhabitants, nurtured by spiritual forces. He invites us to rediscover the wisdom of indigenous people who sensed the intelligence embedded in the natural world.

Several civilizations have risen and fallen over the course of time beyond any modern comprehension. With the dawn of the nuclear age, humans came close to obliterating our current civilization. Kryon’s hopeful message is that we passed a major marker in 2012. We did not destroy ourselves. We are awakening into the New Age. Gaia is shifting and changing with us.

If you’re ready to have your paradigms shifted and everything you considered “truth” challenged, pick up a copy of The Gaia Effect and read about the world according to Kryon. 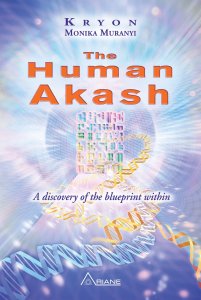 The Human Akash: A Discovery of the Blue Print Within

The Akashic Records have gained attention in recent years. Coming from the Sanskrit, Akash or Akasha refers to space and the essence of all things in the material world. Edgar Cayce referred to the Akashic Records in his health readings in the first half of the 20th century, sparking interest in metaphysical thinkers. Akashic Records readers have sprung up, many trained on the teachings of Ernesto Ortiz, Linda Howe, and the leaders of the Akashic Records Consultants International (ARCI).

Everyone supposedly has an Akashic Record including every lifetime lived on the planet and perhaps  beyond. But where are these records? What exactly is the Akashic Field?

Monika Muryani combed through the voluminous collection of Kryon messages, ferreting out references to the Akash. What light can Kryon shed on the mysterious subject?

Indeed, Kryon provides detailed information defining the whole Akashic system that involves the earth and everyone who has ever dwelled here. In The Human Akash you’ll read about the Cave of Creation, the Crystalline Grid and many fantastical new concepts. The core idea is the notion that our DNA stores Akashic information, hence the subtitle referring to the “Blue Print Within.” Much of “junk” DNA is tied to our Akash, plus we each have energetic DNA entangled in our energy body that can’t be seen by the human eye under a microscope. The Akashic Field entangles individuals, the earth, and the cosmos together.

Much of what makes us unique is DNA Akashic information from countless lifetimes. Kryon talks a lot about “mining your Akash,” finding all the talents and strengths from previous incarnations to enhance the current one. That’s an intriguing idea.

The Akashic DNA also explains the extraordinary children being born on the planet. As we enter the new cosmos age, the DNA is changing. Children will “remember” more of their past lives and tap into talents. They will develop and learn faster partly because they will access their Akashic information in an unprecedented manner.

The Human Akash will challenge your understanding of how the world works.

Ultimately, Kryon is an encourager. He knows “old souls” have been through a lot of struggle. They have their doubts that humankind will ever quit repeating a pattern of war and global destruction. Kryon says we’re on a new path, creating a better world than we can even imagine.

I hope he is right. At any rate, the books and audio messages are food for thought..and hope for the future.

3 comments on “The World According to Kryon”